The Dash Vault is a vault used in Parkour and Free running in which a practitioner jumps over an obstacle feet first then leads the body away from the object with the hands. This vault is considered a more difficult vault to perform because of its difficulty to transfer momentum.

The dash vault is often debated for its usefulness in Parkour. David Belle himself has commented negatively about the vault's ability to perform in Parkour. However, some traceurs report positive applications for the dash vault, as it can be used to reduce speed and drop heights with relative comfort. The dash vault is also quite useful when a traceur has too much momentum and is not in a good position to perform another vault. 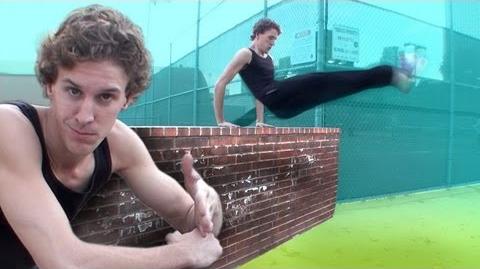