The Kong Vault (also known as the Cat Pass, Monkey Vault, or Kong Leap) is a movement used in Parkour and freerunning for moving over an object and gaining distance. Kongs are useful for moving over long objects, such as large barriers. The same movement can be used to move over rails and fences. Kong Vaults are commonly used for distance and power, instead of speed. Though they take extra time to learn, they are one of the most common and should be trained early on. There are a number of variations of the Kong Vault. Take note that when you use the Kong Vault, you have to dive towards the obstacle the Kong Vault will be performed on such as a picnic bench.

The Kong Vault has many variations. Normally, each type of Kong Vault can be used over the same object, but each has different uses.

A Kong Vault where either the right or left hand is used solely to complete the vault. First seen used by UMass Parkour, called a "side kong."

The Travelling Kong is a movement in which Quadrupedal movement is displayed. The technique is similar to the Kong Vault but the hands are split, as if the traceur was walking on his hands. A travelling kong will usually have two to five hand placements over an object. Variations of this vault have also been called Simple Vault.

It is possible with the Kong Vault to not only push through once with the hands but to push from multiple times before touching the ground with the feet. Popular variations are the double and triple kong.

A kong gainer is performed when a traceur executes a normal kong vault, but then pushes into a forward-moving backflip (i.e a gainer) before landing. The first person to land this move was  Daniel Ilabaca in 2007, and new variations have been invented since. Most notably, Calen Chan landed a kong gainer 360 outside on concrete in one of his training videos. FlipLikeZ being the first to land a Kong Double Gainer. This movement is extremely difficult, and should be executed with extreme caution and confidence in one's own abilities. 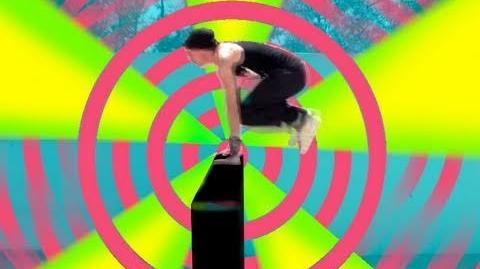 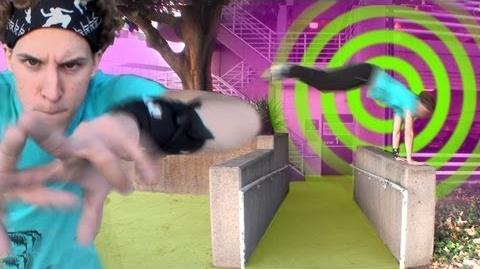