A Reverse Vault, 360º Vault or Barrel Vault, is a vault used in Parkour and freerunning in which the traceur/freerunner rotates 360º in mid air over an obstacle, similar to a turn vault. It is mostly used for removing momentum, while still moving forwards over an obstacle. Reverse vaults can also be used as a break-fall after a medium drop instead of a roll; for example, if the traceur lands on a wall and a roll is not suitable, he can use a reverse vault to remove momentum whilst getting down from the wall.

Some consider the reverse vault to be a separate vault where the traceur/freerunner begins with their back towards the obstacle and with only one hand placed on said obstacle, whereas others consider it to be identical to the 360º vault. A variant is the double leg reverse vault, where the legs are kept straight.

As with any Parkour of freerunning movement, start small and move up. Make sure you have a firm foundation in landing and the basic vaults, such as the safety, two-handed and kong vault before attempting this movement. The Kong Vault, though not a a technical progression, is one of the first commitment moves one should learn, so it is helpful for building confidence.

It is an inherently dangerous move, combining a high vault with a possibly disorienting spin, so be careful when beginning this move (for instance, don't try this over a high drop). 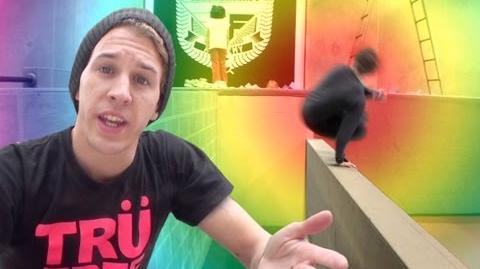 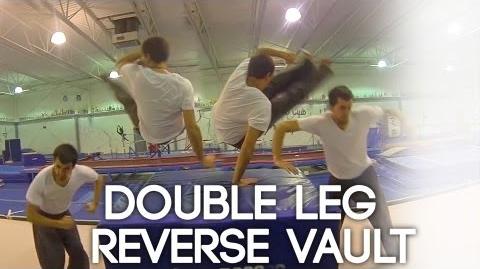